Stranger Things-The most popular in the fashion world

Stranger Things-The most popular in the fashion world

The third season of NETFLIX's sci-fi TV series "Stranger Things" landed on July 4, 2019! It's strange to say that this drama has not only attracted a lot of loyal fans since the first season was broadcast, but when the joint name with the fashion industry has continued, each season will cooperate with different brands.

What surprised many people was that Louis Vuitton's creative director Nicolas Ghesquiere also printed the show's poster on a T-shirt and turned it into a Runway!

Come and join us today to take a look at the surroundings of the most and the most fashionable in "Stranger Things"! Just after the announcement of the third season of "Strange Things", a large wave of co-branded cooperation came up. In addition to the UPSIDE DOWN co-branded with LEGO; the return to the 1985 Coca-Cola taste cooperation, there was also a Magically call the hotline to find a truck full of sneakers that disappeared in 1985. Everyone speculated that it was a collaboration between Nike and Stranger Things. After 3 days, the guess was verified-the full range of products of this cooperation series was announced. The green and orange of Hawkins High School and the "Tiger" school badge were all incorporated into the design of shoes and clothes. In June 27th, this series of the first wave of sneakers ran away at 9 o'clock.


Do you think this is the end? That would be too small to look at the social capabilities of "Strange Things" in the fashion world! Followed by Levi's, Elaine, who is a fan of the drama, can't keep up with the joint cooperation of "Strange Things". Speaking of the first wave of fashion cooperation in the third season of the show, H & M is definitely the first to launch its summer capsule series in May this year, inspired by the community swimming pool in Hawkins Town. Although the main summer swimwear, with the Hawkins Pool in the retro design of the 80s, seems simple, but the advertising blockbuster is a big effort, featuring Billy Hargrove actor Dacre Montgomery as the model, famous British photographer Matt Jones in the mirror, followed The style of Billy's sao sense (qi) in the play. Such and such fashion industry occupation offensives actually started as early as the first and second seasons. Before the start of the second season, "Stranger Things" and Topshop produced a collaboration series, but the design of this series is relatively simple, just using the play poster, the title, and Hawkins High School as the T-shirt letters and patterns. Surprisingly, the "Strange Things" poster T-shirt abruptly landed on the stage of the Louis Vuitton 2018 spring and summer series. The black basic T has a chain decoration at the neckline and a chiffon retro long-sleeved shirt inside. It is slightly futuristic tight trousers, completely exposed the identity of the brand's creative director Nicolas Ghesquière as a fan of the show. Our Eleven (played by Millie Bobby Brown) is already the new It Girl in the fashion world. In 2018, he became a member of the "Moncler Beyond" commercial. Craig McDean presented Millie Bobby Brown in a black and white tone beyond the limits. At the same time, she also appeared in Calvin Klein's "Our Family. #MyCalvins" campaign, wearing a white denim outfit, at the age of 14, she did not lose other stars shot at the same time. It's really one of the few dramas that can support red entertainers and play Cross-over on their own. In the final analysis, the ups and downs of the plot setting of "Stranger Things" and the actors of the Z era happen to cater to the mainstream of the current fashion circle.

As a takerlama in touch with fashion circles, we have also launched stranger things series. Our costumes are based on the popular characters in Stranger Things. The quality is first-rate and the price is fair. Let's take a look. 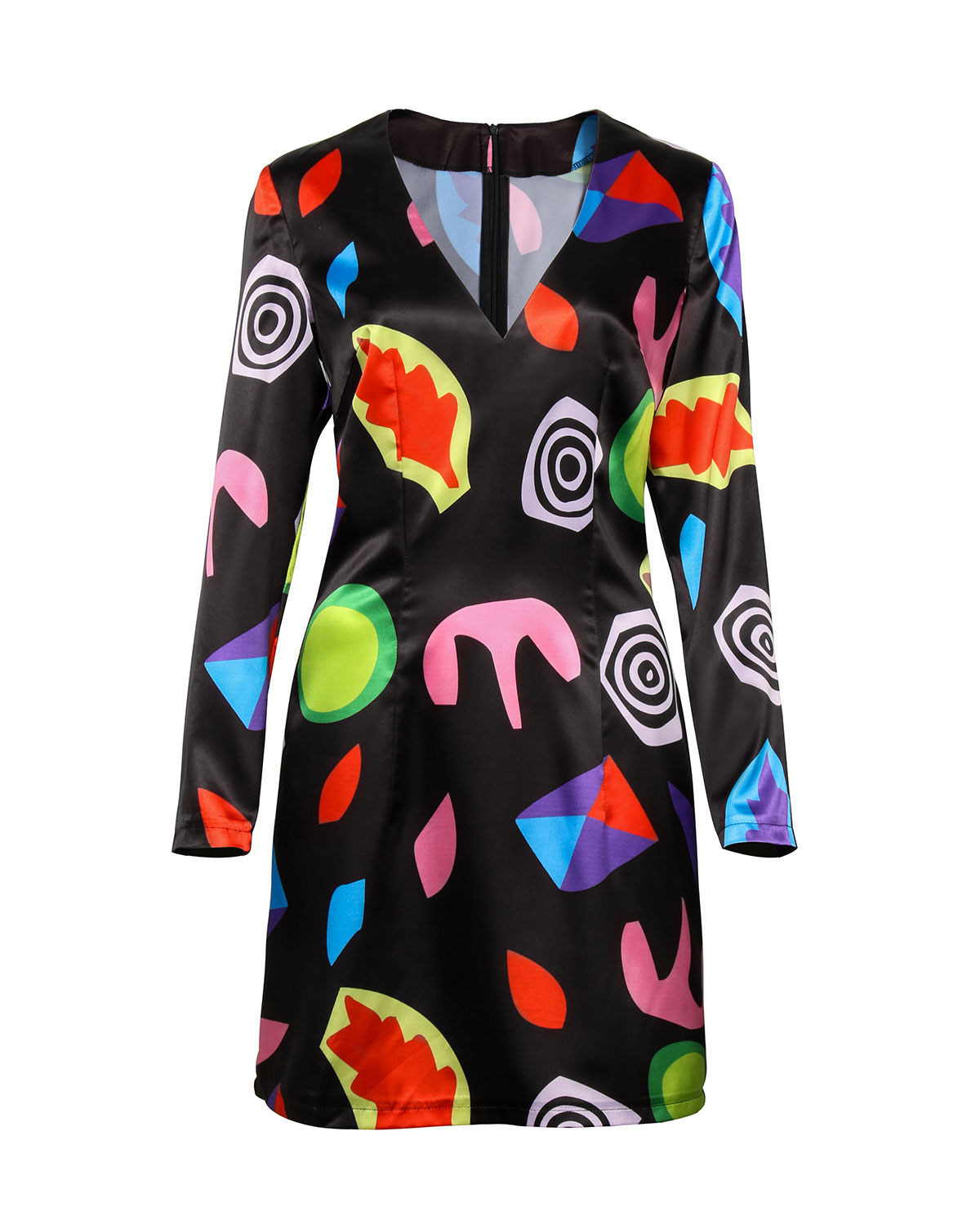 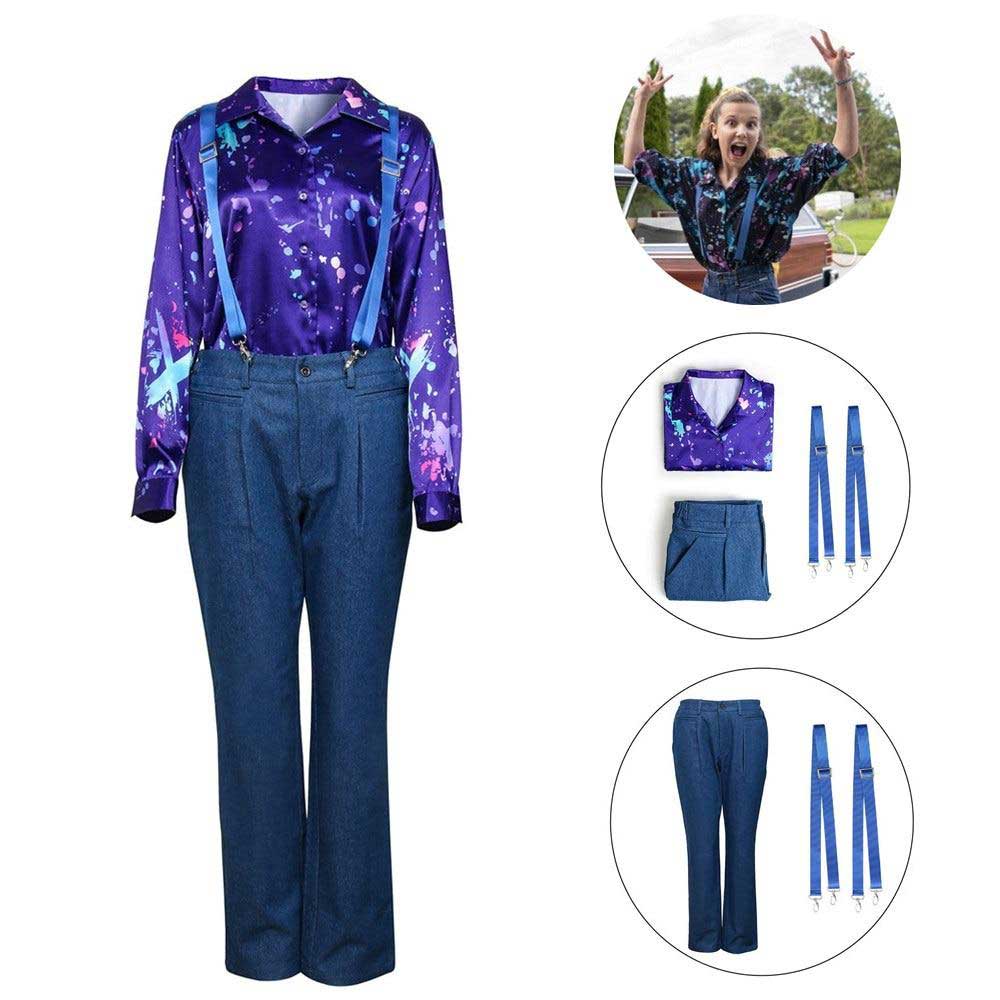 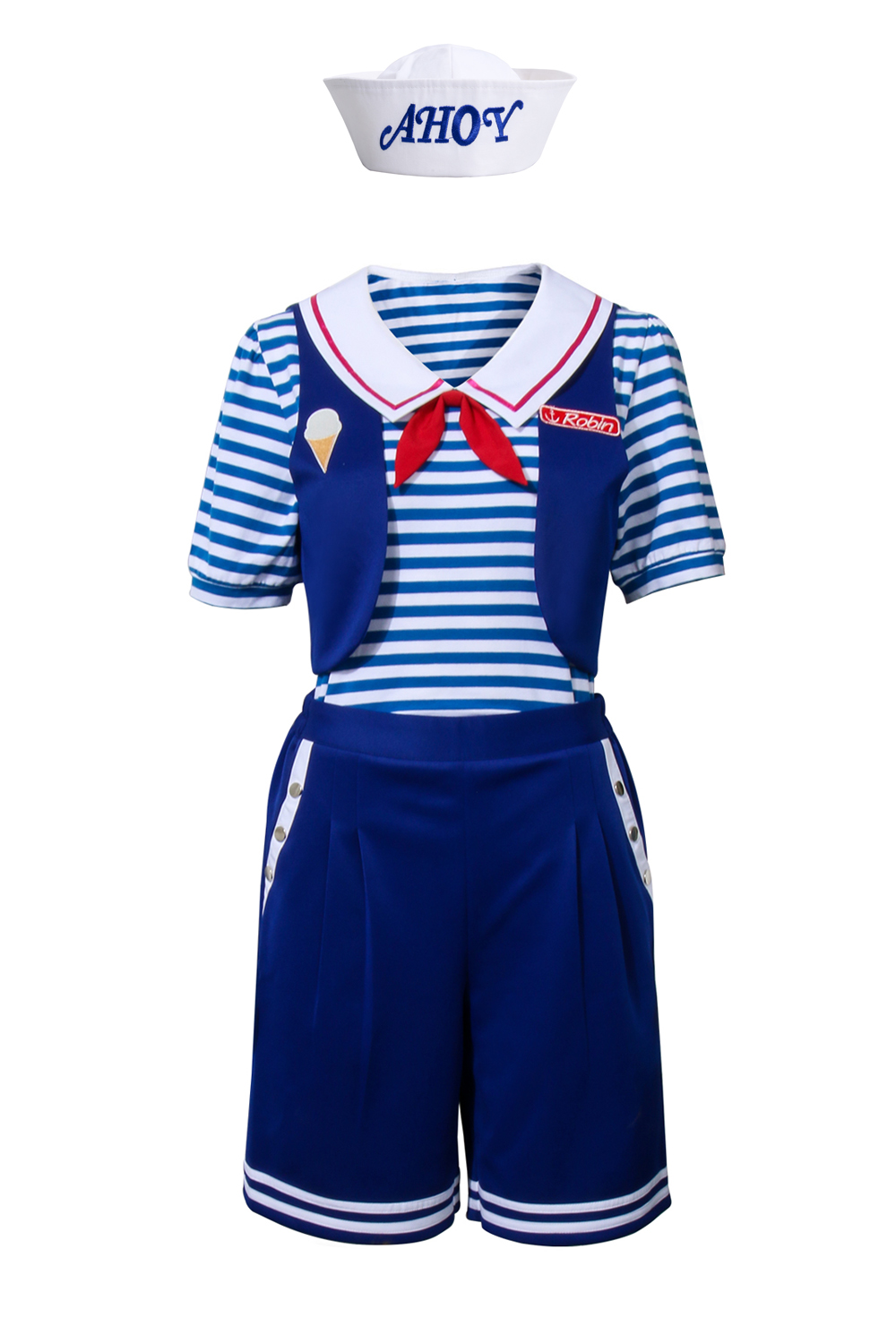 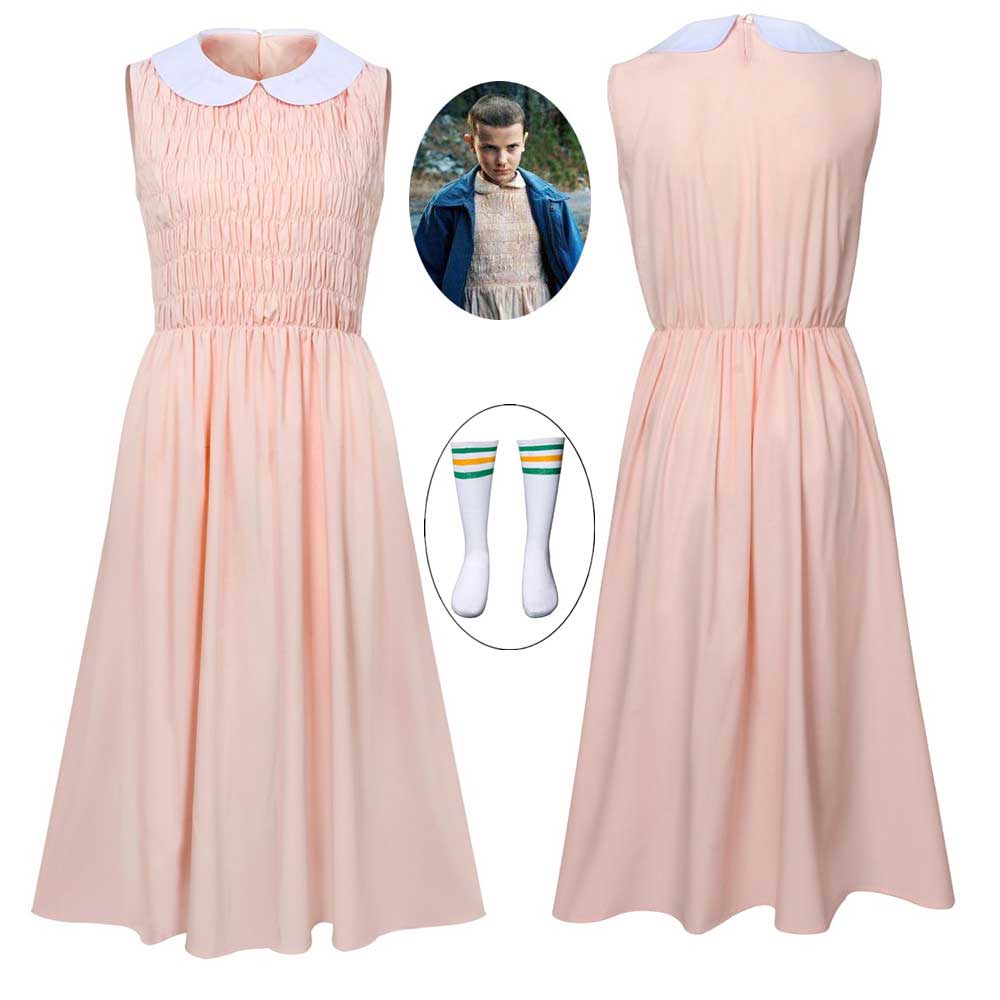 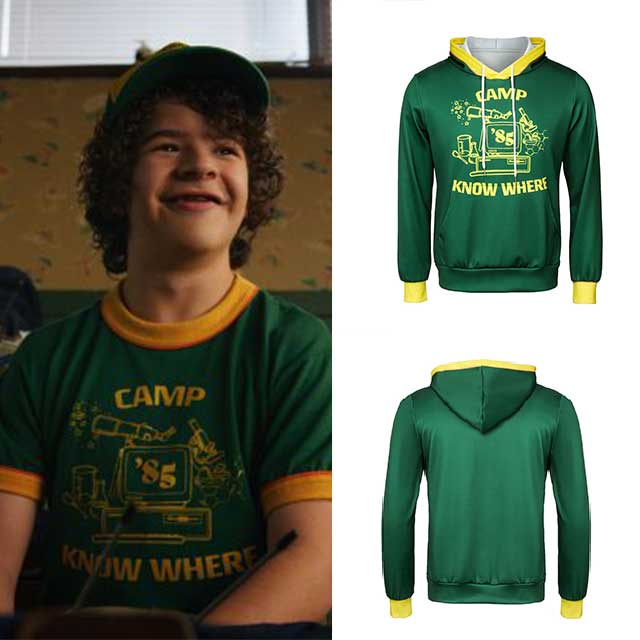 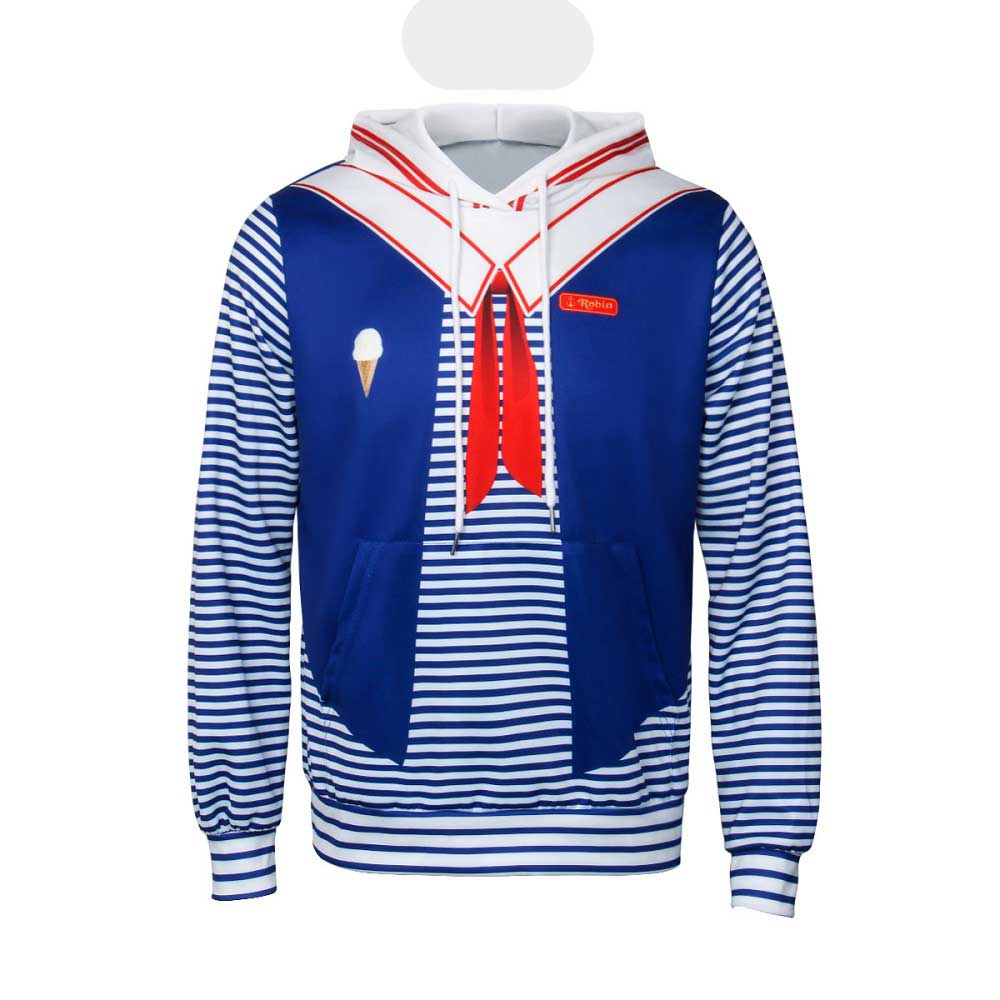 
Which one would you like?
More stranger things costume, please visit takerlama.com.