Why Is Steampunk Plagued by Plague Doctors?

Why Is Steampunk Plagued by Plague Doctors?

In the Italian improv comedy, there is a character wearing a beak mask, Il Medico della Peste (Plague Doctor), whose image has become one of the most representative dresses in the Venice Carnival. Of course, modern modified masks are more gorgeous and more refined. It is also more festive. It can be said that the image of the Plague Doctor did not disappear due to its popularity as a Venetian mask, because it is a memento mori that reminds people of the fleeting life. It makes sense: Because the plague doctor looks deterrent and has a sense of mystery, it will be well-received as a costume at the carnival, but it also raises the question of the subject: Such a plague doctor looks Why is it so hot in the steaming world? What does it have to do with steaming friends? Obviously, the medieval image and background of the plague doctor are ten thousand miles away from the steampunk Victoria / Edward era? !! It is not only the subject that has this doubt. Foreign netizen Austin Sirkin wrote an article entitled "Why Is Steampunk Plagued by Plague Doctors?", Speculating about the cause of the popularity of the plague doctor image in the steampunk world. . Why Is Steampunk Plagued by Plague Doctors? «Steampunk R & D will not be translated here. For the original, please see the remarks link. This Austin Sirkin also discussed" Why Are There So Many Airship Pirates in Steampunk? " "Empty thief" (borrowing the translation of "Final Exile"?) Appears, you can read it if you are interested.

To sum up, there are roughly three reasons for the plague doctor to determine the steaming world:

1.Science and Experiment
Sirkin believes that the Plague Doctors could be regarded as the "predecessors" of scientific workers at the time, although everything they did when they practiced medicine was outrageous, and many were superstitions. However, some of the plague doctors did try to use herbs to treat patients, and this "exploration spirit" coincided with the exploration spirit in the steampunk culture. At the same time, they also performed an autopsy, which was obviously a rebellious, evil and heinous behavior at the time, but some plague doctors still desperately tried to understand the body structure from the autopsy and hoped to cure the disease. This lonely spirit of treason and abandonment is not recognized by secular culture, and it just mixes the spirit of scientific exploration and rebellious romance in steaming friends. As mentioned earlier: The image of the Plague Doctor is frightening. And the element of "fear" is exactly an important component of steaming friends: The places where the plague doctors go are often filled with sorrows and corpses. This mask is like a god of death, and its image indicates this death and misfortune. When people saw the beak mask, they couldn't help asking: "Is destiny really in my own hands? Behind that beak mask with a wooden stick, is it a human or a demon?" Such a dramatic image It's hard not to be imaginative, how can steaming friends easily "let off" such a horrifying element? The reason steampunk can be linked to the plague doctor is also that steampunk contains an important element of nostalgic aesthetic and eroticism in subculture: leather. The plague doctor's costume is made of leather and the dark elements of the beak mask are trembling, but so abstinent. The sensory experience produced by this visual impact is full of erotic hints but mysterious. Although steampunk is now known to more and more people and appears in people's sight, it cannot be denied that steampunk is full of charm because of its aesthetic independence and its relationship with Relatively dark and dark elements of mainstream culture. In this way, it is not surprising that a plague doctor with a "symbol of death" can "capture" the steaming world.

Do you love such plague doctors? Do you want to be as brave as they are? Do you want to cosplay them? If your answer is yes, then you would be interested in Takerlama's deluxe handmade plague doctor masks. Our Medieval Steampunk Black Death Plague Doctor Bird Beak Masks are Made of high quality PU leather and metal accessories in steampunk style. It fits mostly on all adults and teens. It has a headband on the back that can be adjustable for perfect fit.​​ Just click the photo of the mask and view more details. 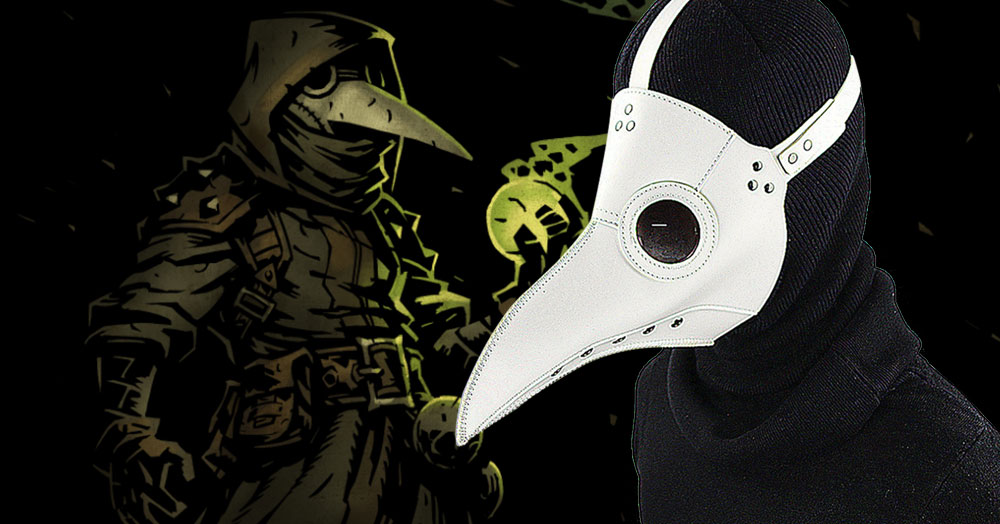 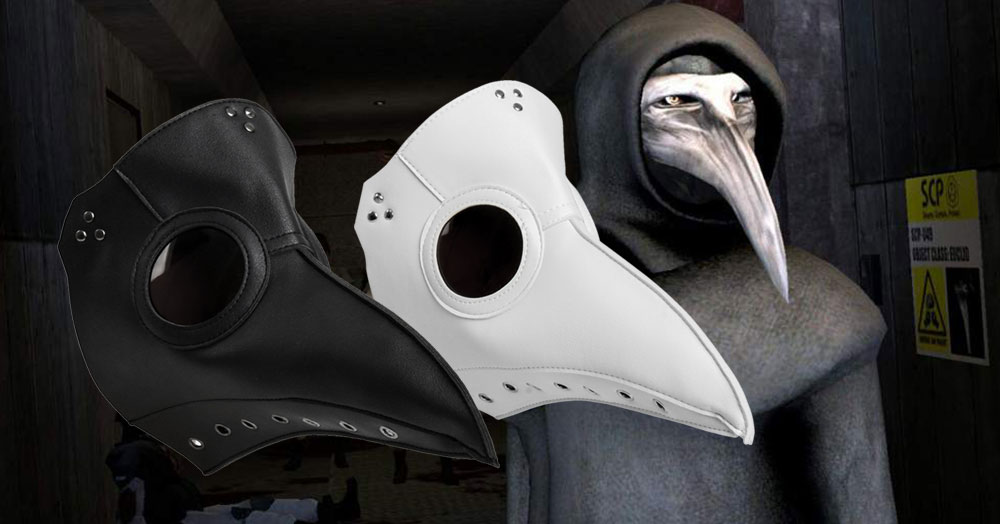 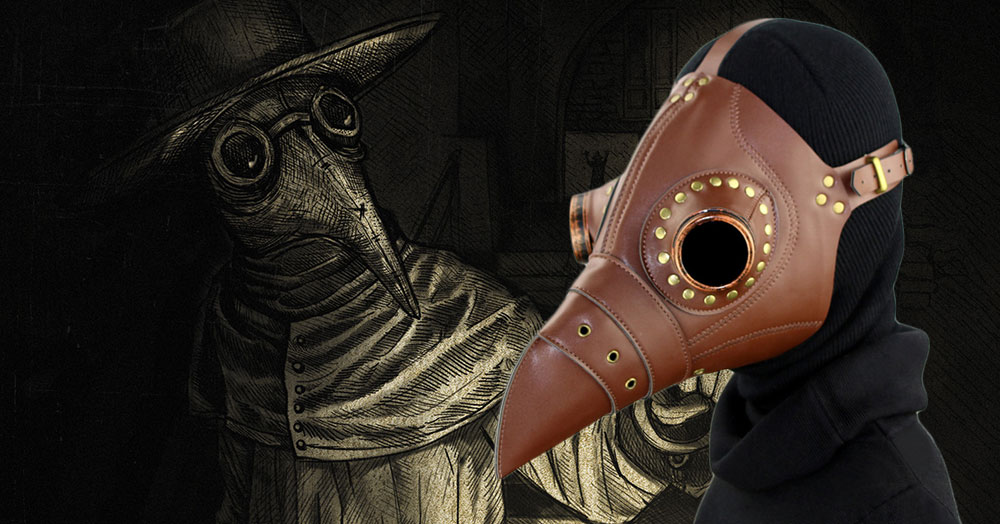 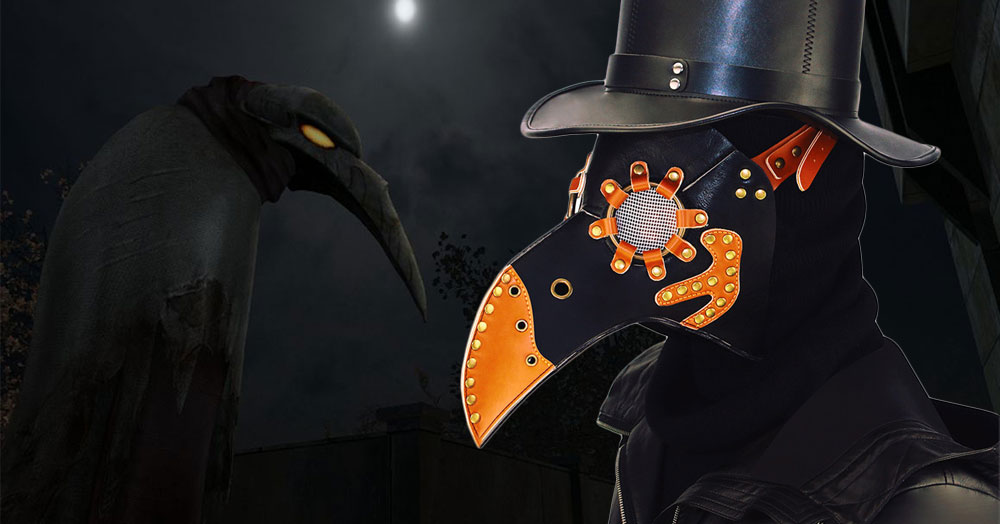